One of my goals this year was to build a robot for a Robot Riot event, affectionately known as Chicago’s worst and only robot fighting league. Initially, going into building it, I had no clue what the theme would be but after building the chassis, attaching the motors, and then deciding to use a PS3 controller as my control device for the robot, the idea eventually came to me. At first, I thought of making a Minecraft bot but then I saw a Minecraft built Tesla’s Cybertruck and thought why not the Cybertruck!

Sometime this year I will be presenting, The Revenge of the Cybertruck, at a Robot Riot competition. The proportions are off a little because of how close the wheels are on the chassis 🙃. But more or less, the resemblance is there. The idea is that after the abuse the Cybertruck endured during Elon Musk’s unveiling, it went rogue and took the sledgehammer used on it to create destruction. 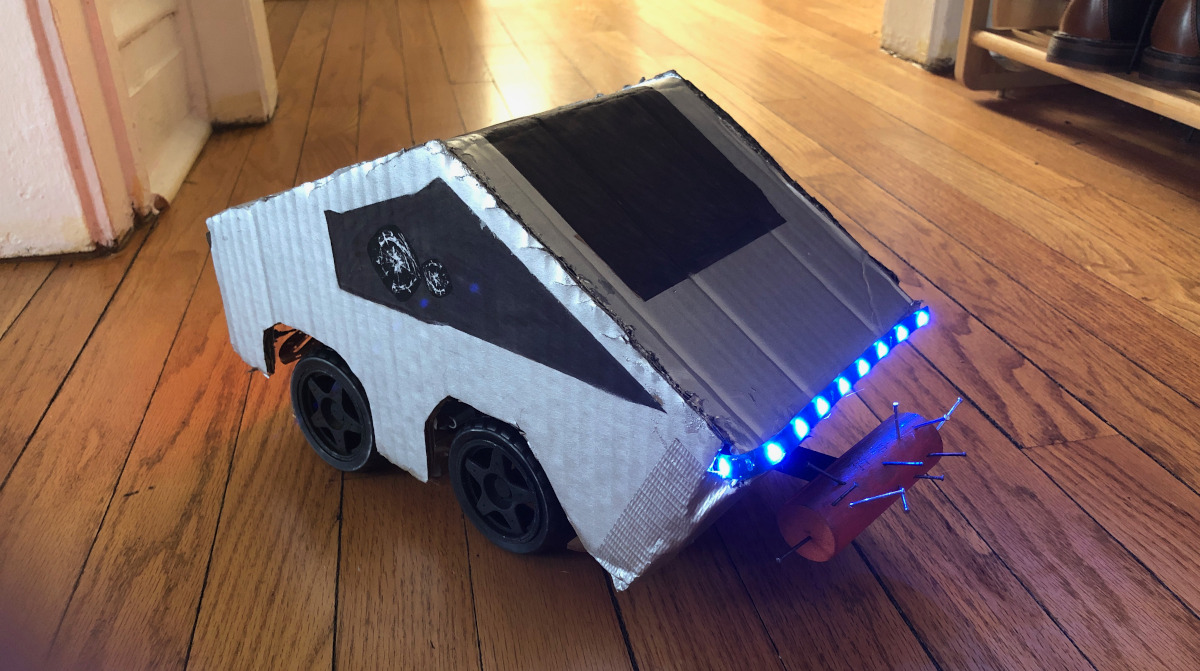 I’m hopeful that it can last one round but if not, I’m happy that I was able to build it and I’ve learned so much about electronics, prototyping, and how to build a robot. Going into it, I wasn’t sure how it would turn out or if it would be something I would eventually stop building out of frustration but I stuck with it and persevered. 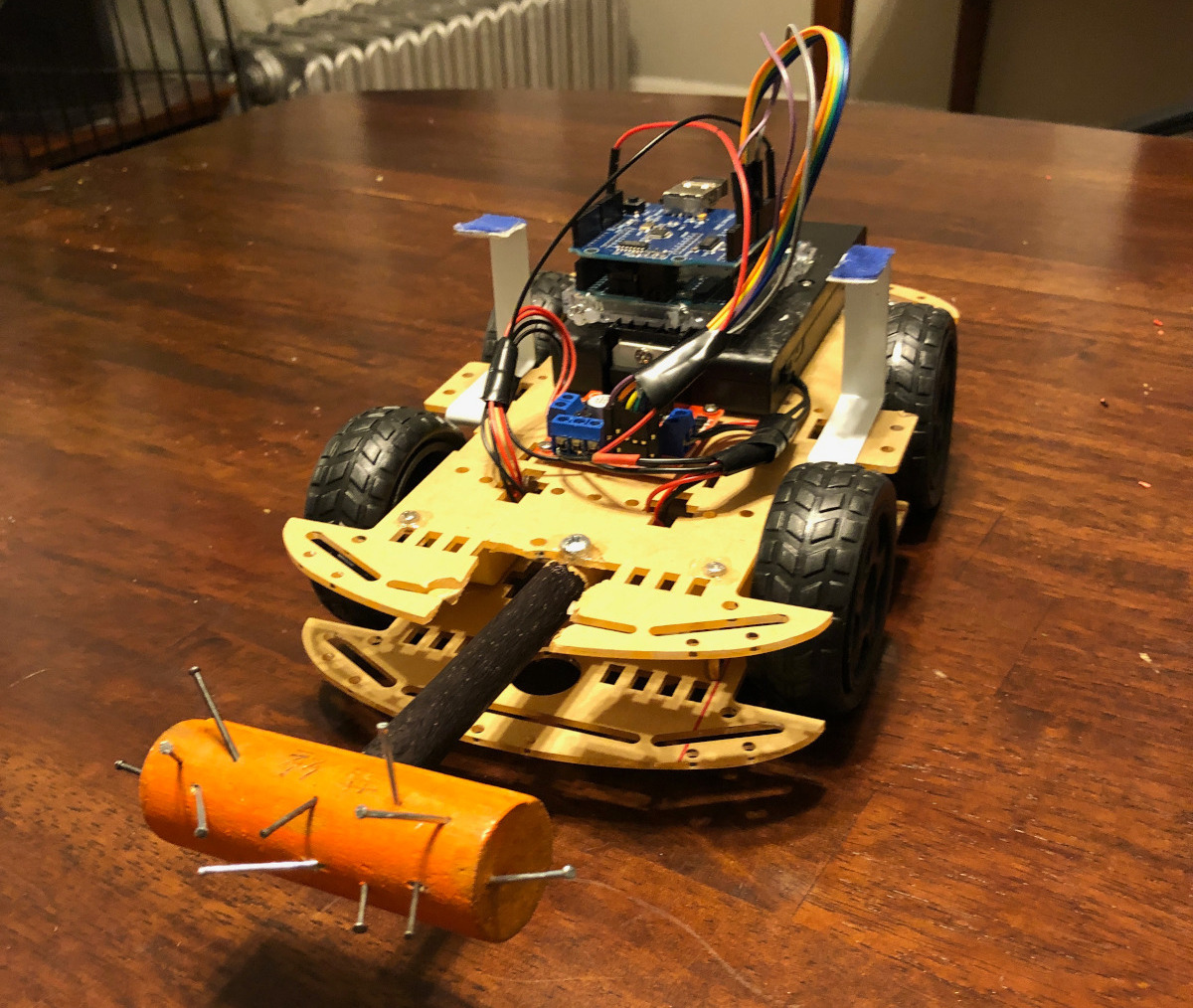 For the body of the robot, I used some harder cardboard I found around the house, then attached it with Welder’s glue and some handy duck tape. After it was constructed, I outlined the windows with a black Sharpie then spray painted it a metallic color. Since the wheels were yellow originally, I also spray painted those black. You might also notice a mallet at the end of the robot (with the nails), that was also spray painted as well. The body also has LED lights, those were attached and uses 2 A23 alkaline batteries on the inside of the body to power the lights. The lights are controlled with a nickel push button switch. The schematics section below visually shows how everything was connected.

But for now The Revenge of the Cybertruck is ready for battle! 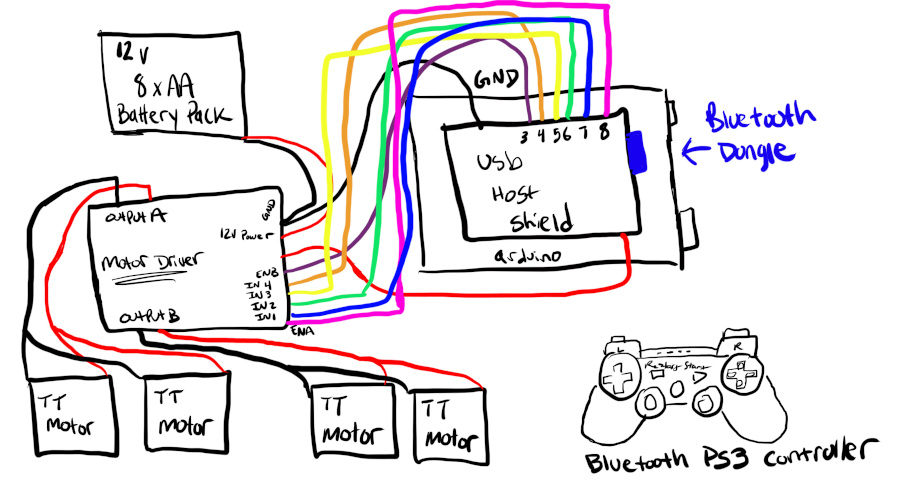